Home > Blog > What Happens if You Get Caught Torrenting?

What Happens if You Get Caught Torrenting?

If you were on the internet in the early-to-mid 2000s, you might remember the great torrenting crackdowns.

Faced with revenue losses from digital piracy, the Recording Industry Association of America (RIAA) decided to fight back by suing over 12,000 individuals who had downloaded and distributed music without paying for it.

Few of these lawsuits went anywhere, but a handful resulted in extreme penalties — such as the case of Joel Tenenbaum, who was fined $675,000.

In the end, record companies realized the individual lawsuits were giving them terrible publicity while largely failing to recoup any losses. They switched to a strategy of targeting hosting organizations instead.

All this might leave the individual torrenter wondering where they stand. Can you still download music or movies through P2P sharing? Can you be prosecuted if you did it years ago? In 2023, what happens if you get caught torrenting?

In this article, we’ll explore all the potential consequences of torrenting. We’ll also explain how you can protect yourself with a VPN if you choose to torrent.

What is the punishment for torrenting? 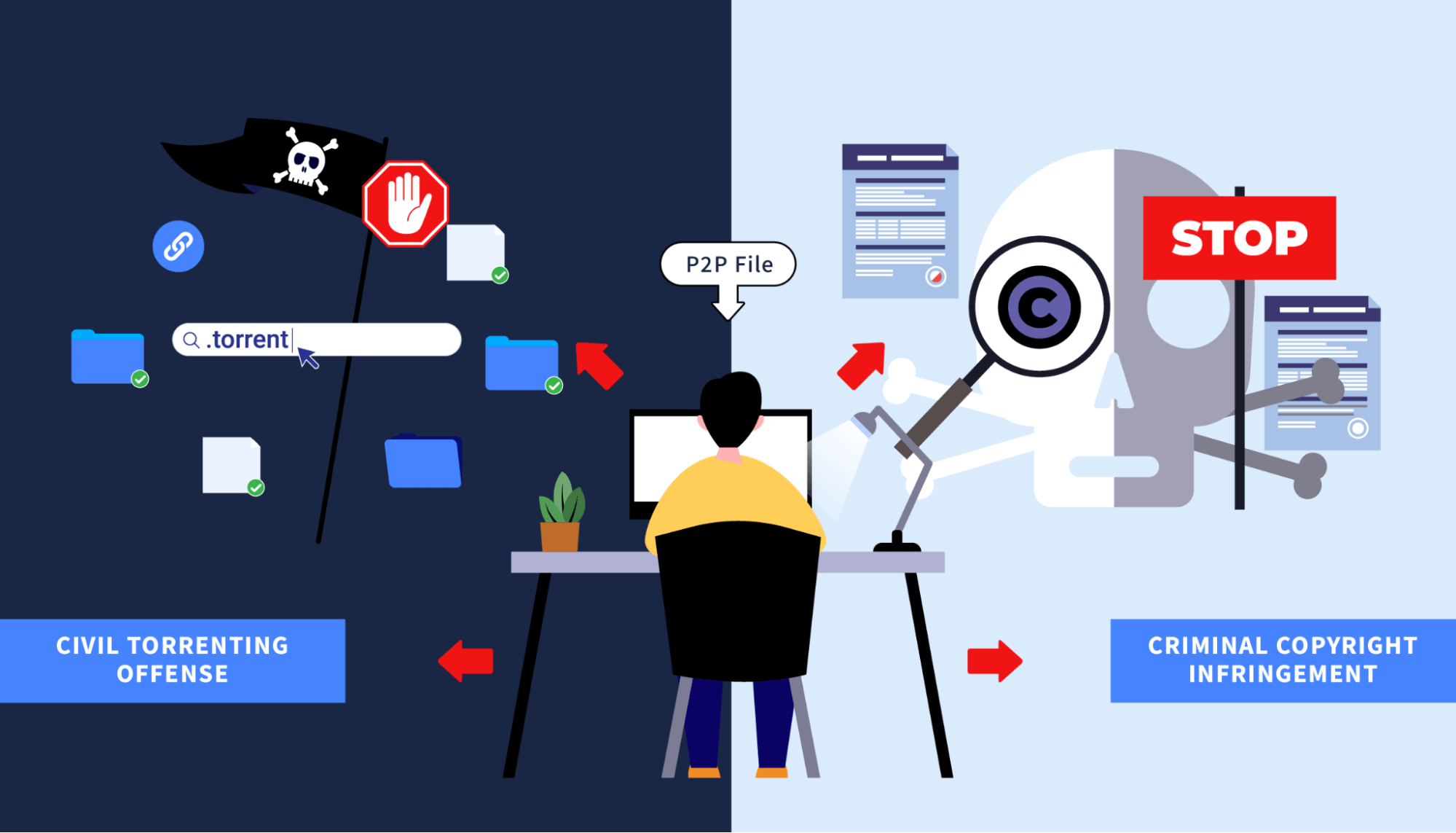 The short answer? Not much.

ISPs have a few ways to catch individuals engaged in torrenting behavior. See the next section for details.

In the United States, torrenting is illegal because it’s copyright infringement. If you don’t own the copyright to a certain piece of intellectual property, you have to pay for it. Otherwise, it’s technically stealing.

However, since no actual property is being taken, torrenting isn’t a criminal like stealing a physical object would be.

Instead, it’s a civil offense. If a record label finds out you downloaded one of their songs illegally, they have grounds to sue you.

In reality, as you learned above, this isn’t very likely to happen.

In the 2000s, record labels threw lawsuits around like confetti, but almost all of those cases were eventually settled out of court.

There were a few outliers. The case of Joel Tenenbaum frightens file-sharers to this day.

Tenenbaum torrented and distributed thousands of music files while he was in college. When Sony BMG Music Entertainment found out, their lawyers simplified things by suing Tenenbaum over 30 songs they could prove had come from illegal downloading.

Then there’s the case of Jammie Thomas-Rasset. Thomas-Rasset was sued by Capitol Records for downloading 24 songs through Kazaa, an infamous P2P torrent client that no longer existed by the time the verdict was handed down.

Like Tenenbaum, Thomas-Rasset didn’t just download the files but shared them, significantly increasing the damages she was liable for.

Also, like Tenenbaum, she was ordered to pay a huge sum. Ruling that the verdict of $1.92 million was “severe and oppressive,” a judge reduced her liability to $54,000.

Technically, both Tenenbaum and Thomas-Rasset were sued over thousands of songs, not 30 or 24. Still, the bad press generated by both lawsuits convinced the RIAA that suing individuals wasn’t worth their time — helped by the fact that both rulings amounted to pocket change for a major corporation.

These days, if your ISP finds you torrenting, they’re far more likely to deal with the problem internally.

First, you’ll get a cease-and-desist letter. If you don’t heed that warning, your ISP might start throttling your internet traffic until you agree to stop. For most people, that’s as far as it will go.

If you’re caught uploading copyrighted material, however, the situation can be entirely different. License holders now prefer to prosecute the distributors of illegal media rather than the consumers, tackling the problem from the supply side.

For those caught broadly distributing copyrighted content, the penalties can be a lot more severe — all thanks to a law passed over 20 years ago.

The Digital Millennium Copyright Act (DMCA) was signed into law by President Bill Clinton in 1998.

Those letters should be familiar to you if you’ve ever received or heard of a DMCA takedown notice. Such notices, which don’t follow any required formula, are routinely served to websites that host pirated versions of copyrighted material.

If you fail to comply with a copyright infringement notice, you can be brought up on criminal charges. The law stipulates a penalty of up to five years in prison and up to $150,000 in fines per violation.

Doing hard time for music, video, or software piracy happens a lot more often in the movies than it does in real life. It’s highly unlikely the MPAA or RIAA would ever push for the maximum penalty (it would be a PR nightmare), but in theory, it’s possible.

One of the most frequent and notorious recipients of DMCA takedown notices is The Pirate Bay. These swashbuckling corsairs on the high seas of the internet have been engaged in a running battle with copyright law enforcement for well over a decade, regularly shut down yet nigh impossible to stamp out completely.

Other sites have proven less resilient, like Hotfile, which agreed to cease operations and pay a massive settlement under the DMCA in 2013.

Torrenting penalties outside the USA

The DCMA represents the United States’ contribution to the World Intellectual Property Organization (WIPO), which means it can be used to prosecute violations that cross national boundaries.

Some nations impose fines on those who download or distribute pirated content but don’t force shutdowns. These include the United Kingdom, France, Germany, and Finland.

While some countries have no laws at all about downloading licensed content, a handful explicitly allow it for personal use only, like Spain, Switzerland, and Poland.

How do ISPs know you’re torrenting? 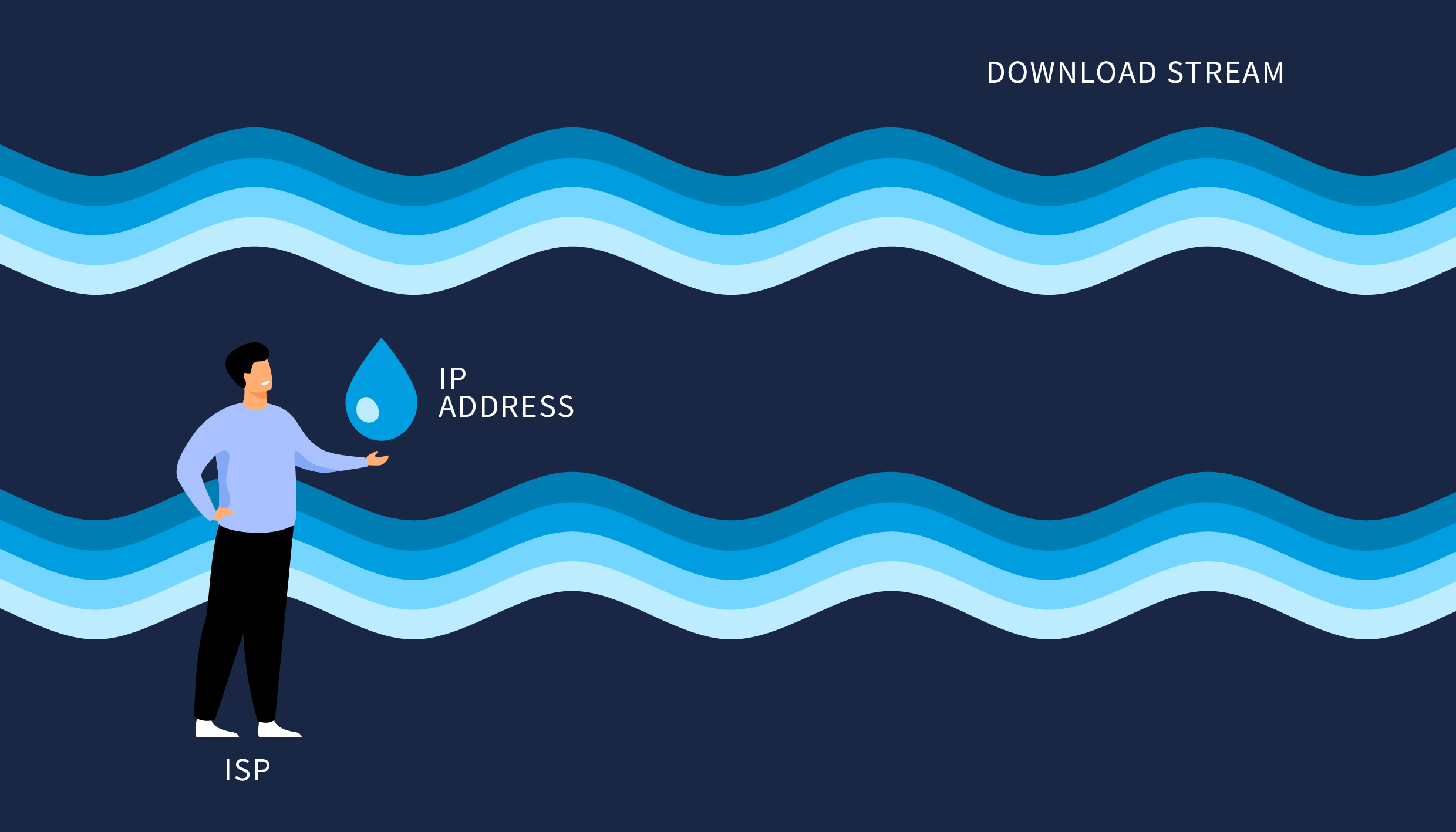 We’ve been talking a lot about torrenting but haven’t yet explained what it is.

It’s not our job to tell you whether or not torrenting is OK, but it is our job to make sure you have all the information before making your choice to torrent.

Torrenting is a method of sharing files through the internet without saving them on a server, where they could be discovered by authorities.

Every computer that downloads a torrent client or signs onto a torrent site becomes part of a peer-to-peer (P2P) network. When someone uploads an mp3, tiny bits of that mp3 are stored on computers all across the network.

When you download that mp3, all those tiny bits are reassembled and saved to your hard drive. Hence the name “torrenting,” because many streams combine to make your download.

Internet service providers (ISPs) have two ways to see if anybody is using their WiFi for P2P file sharing. The first is to look for telltale activity.

If a single IP address has several download or upload channels open, each transmitting a small amount of data, torrenting is the obvious explanation.

The other method is to use monitoring software to get the IP addresses directly from a popular torrent website or app. ISPs can see the IP address of anybody using one of these P2P clients, then send a cease-and-desist threatening throttling or fines.

You’ll notice that neither of these methods involves seeing what was downloaded to the IP address. Since most torrenting clients encrypt downloads, this usually isn’t even possible. Instead, the judgment call is based on suspicious activity.

This means innocent users of torrenting apps can be seen as lawbreakers. Remember that torrenting itself isn’t illegal — the offense is copyright infringement.

There’s more than one way to get implicated for digital piracy without being a pirate. If somebody sends you copyrighted material without your knowledge, and you forward it, you can be charged with distribution.

Under DCMA, it can be illegal just to download BitTorrent since that makes you part of the file-sharing network.

And there are plenty of gray areas. For example, it’s legal to make a copy of an mp3 from a CD you own. But it’s illegal to send that mp3 to anybody.

So, whether or not you have a legitimate reason for torrenting, how can you avoid suffering harsh penalties? By using a virtual private network (VPN).

How can I avoid getting caught torrenting? 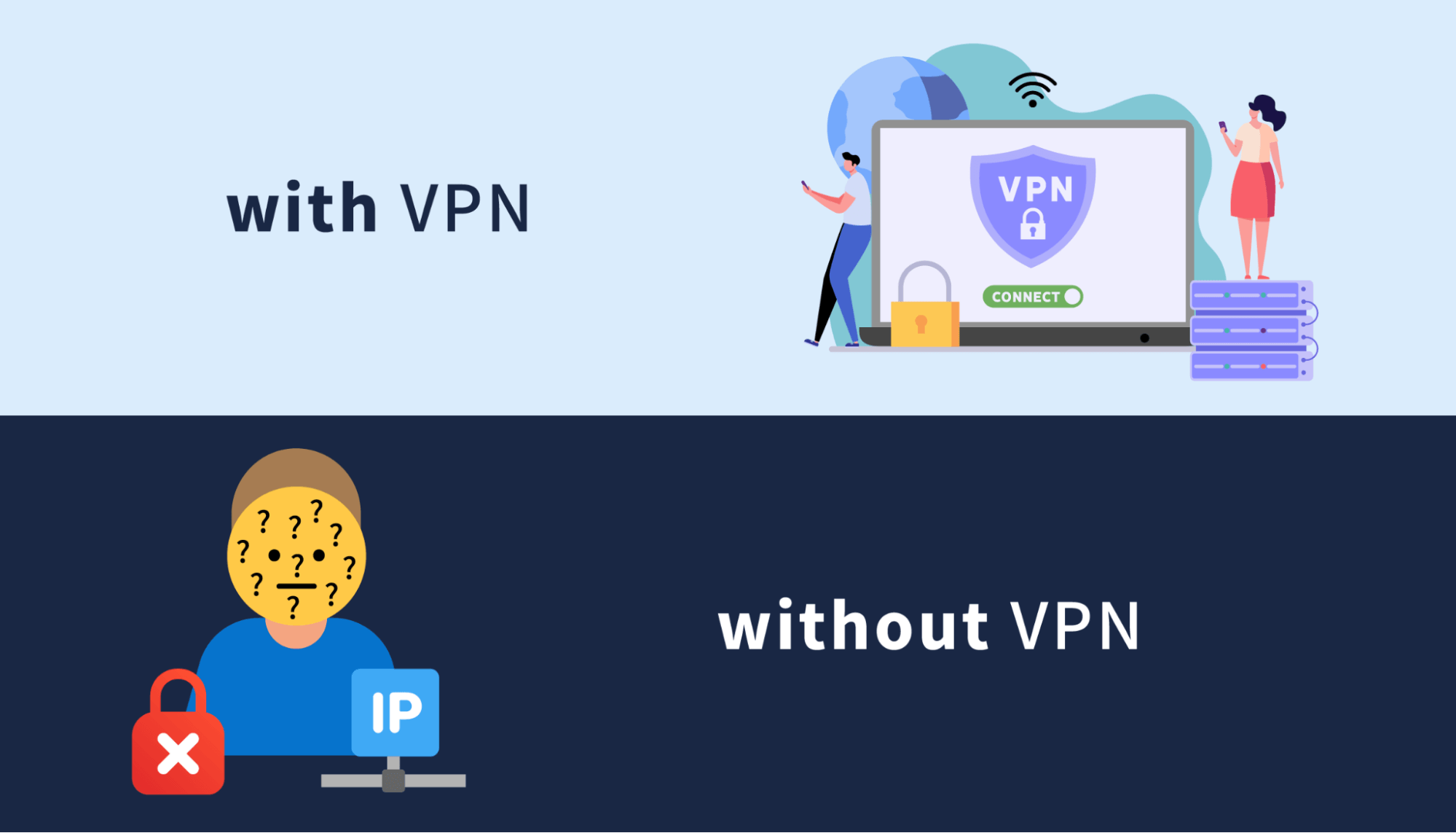 The two methods used by ISPs to catch torrenting activity have something else in common.

They both require the ISP to have your personal IP address.

This is normally a piece of cake for an ISP since they provide IP addresses in the first place. But if you could somehow do all your business online using an IP address that wasn’t your own, neither your ISP nor the MPAA or RIAA would ever know what you’d done.

This is the service you get from a VPN provider. Using a VPN service encrypts the traffic through your device so your ISP can’t see anything you’re downloading.

It also runs all that traffic through a server owned by the VPN. If your ISP gets ahold of a list of IPs known to use torrenting clients, they still won’t be able to identify you. They’ll just see somebody using a VPN. Some VPNs even include servers in their network that are specifically structured to handle torrenting.

A few of our favorites include:

If you choose another VPN, make sure to check its privacy policy. We also advise Googling the name of the VPN provider to see if they’ve ever had a security breach or turned user data logs over to investigators.

A VPN isn’t your only option for hiding your activity when torrenting, but it’s by far the most secure. You could use a proxy server, but those don’t encrypt your traffic, meaning you’re relying entirely on the torrenting client itself to stay secure.

Some filesharers use Tor Browser, but we don’t recommend it. Not only does Tor slow down an average internet connection, but it’s also often unsafe. Its “onion router” network is made up of servers run by volunteers, none of whom are vetted in any way.

Once again: we’re not taking a stance on whether torrenting is right or wrong. We just want you to have complete information.

Let’s go over what we’ve learned. Since the RIAA and MPAA have changed strategies, the consequences for torrenting are unlikely to be severe. However, if you send copyrighted material onward instead of keeping it for your own use, penalties can go way up, including jail time.

No matter what you plan to torrent, even if you aren’t downloading any licensed material, use a VPN to make sure that you can’t be identified. ExpressVPN is our favorite — click here to try it out now, or feel free to get started with one of our favorite VPNs from the last section.

What Happens if You Get Caught Torrenting?