Mobile users accounted for 54.8% of global web traffic in the first quarter of 2021.

You can mostly attribute the rise in mobile internet traffic to its portability, accessibility, and affordability.

Android is the most commonly used operating system globally. As of April 2021, the open-source OS held 72.2% of the market share worldwide.

While using the internet via your phone is more convenient, Android users face the same restrictions as home broadband users, with ISPs and authorities tracking your usage and blocking content. Cybercriminals also pose a big threat.

In this article, we’ll explain how a VPN works on Android and nine ways you can use one to protect your data and get unrestricted internet access.

What Does a VPN Do on Android? 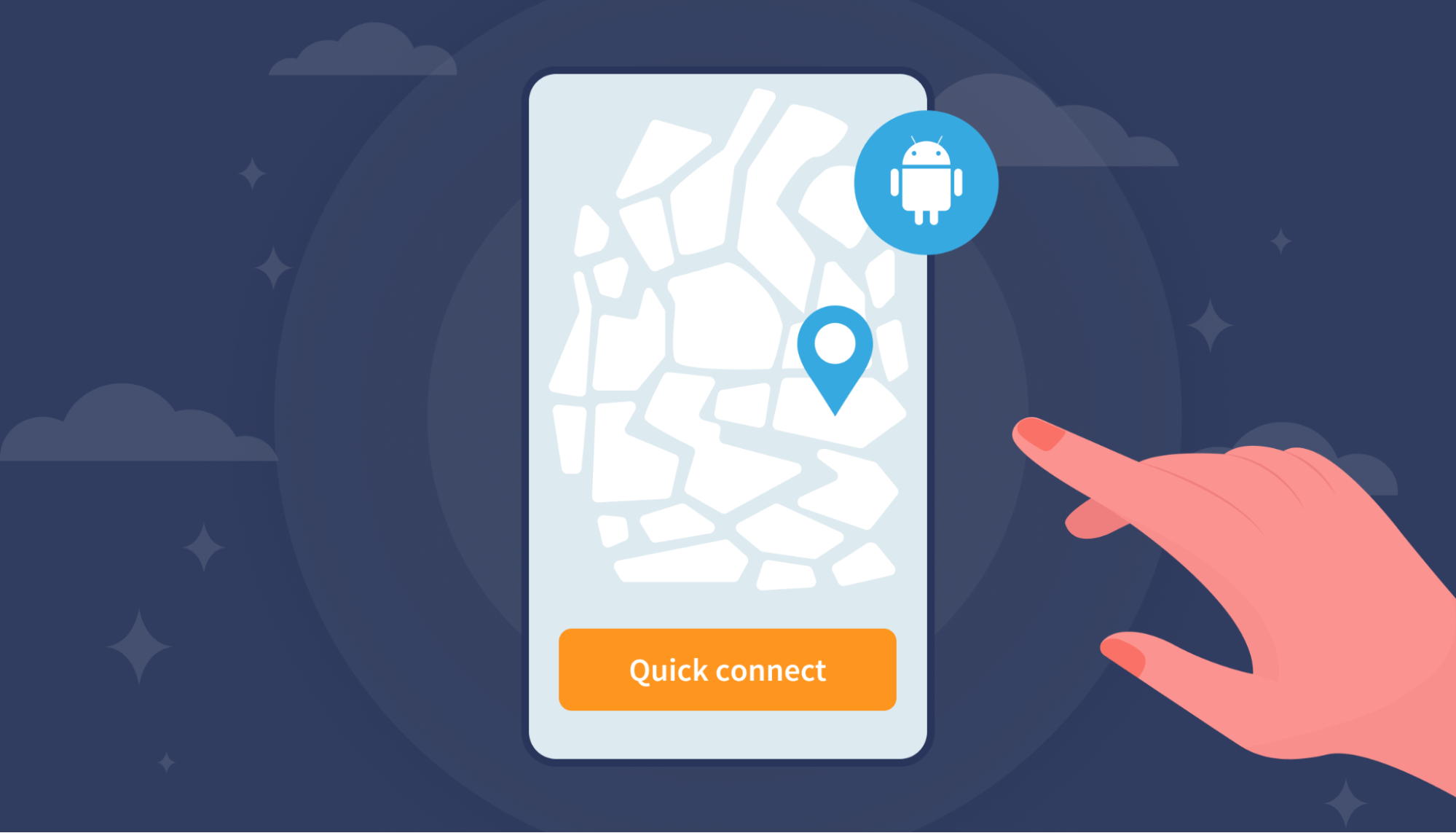 A VPN protects your browsing session by creating an encrypted tunnel for your data to pass through. This tunnel masks your IP address.

Without a VPN, your internet service provider (ISP) can use your IP address to track your internet activity and even sell it in some countries, including the U.S.

With 46% of smartphone owners saying they mostly use the internet on their phones, mobile VPNs have become essential.

An Android VPN works the same way as a desktop VPN provider. You download the VPN app from the Play Store on Android, log in, select a subscription plan, and tap the connect button to start a VPN connection.

To capitalize on the growing demand for VPNs, there are tons of free VPN apps for Android. We’d warn against these as they have significant limitations on server choice, usage (you can only use it for X MB per month), and often have security concerns.

9 benefits of using an Android VPN

Here’s why you should always use a VPN on your Android phone.

Major streaming platforms, like Netflix, Amazon Prime Video, and Hulu, encourage users to watch their favorite shows and movies on the go via mobile apps.

Watching shows on your Android device is super convenient. That’s why users voted smartphones the primary device to use when watching online videos in a global August 2019 survey.

The one downside of mobile streaming apps is that the platforms often restrict access to geo-blocked content. As a result, some shows, like The Blair Witch Project, for example, are only available in the U.S.

Most countries have local shows that are likely geo-restricted to that specific country or region. This can become a headache when traveling abroad, but you can keep up with your favorite movies and shows no matter where you are by using a mobile VPN. 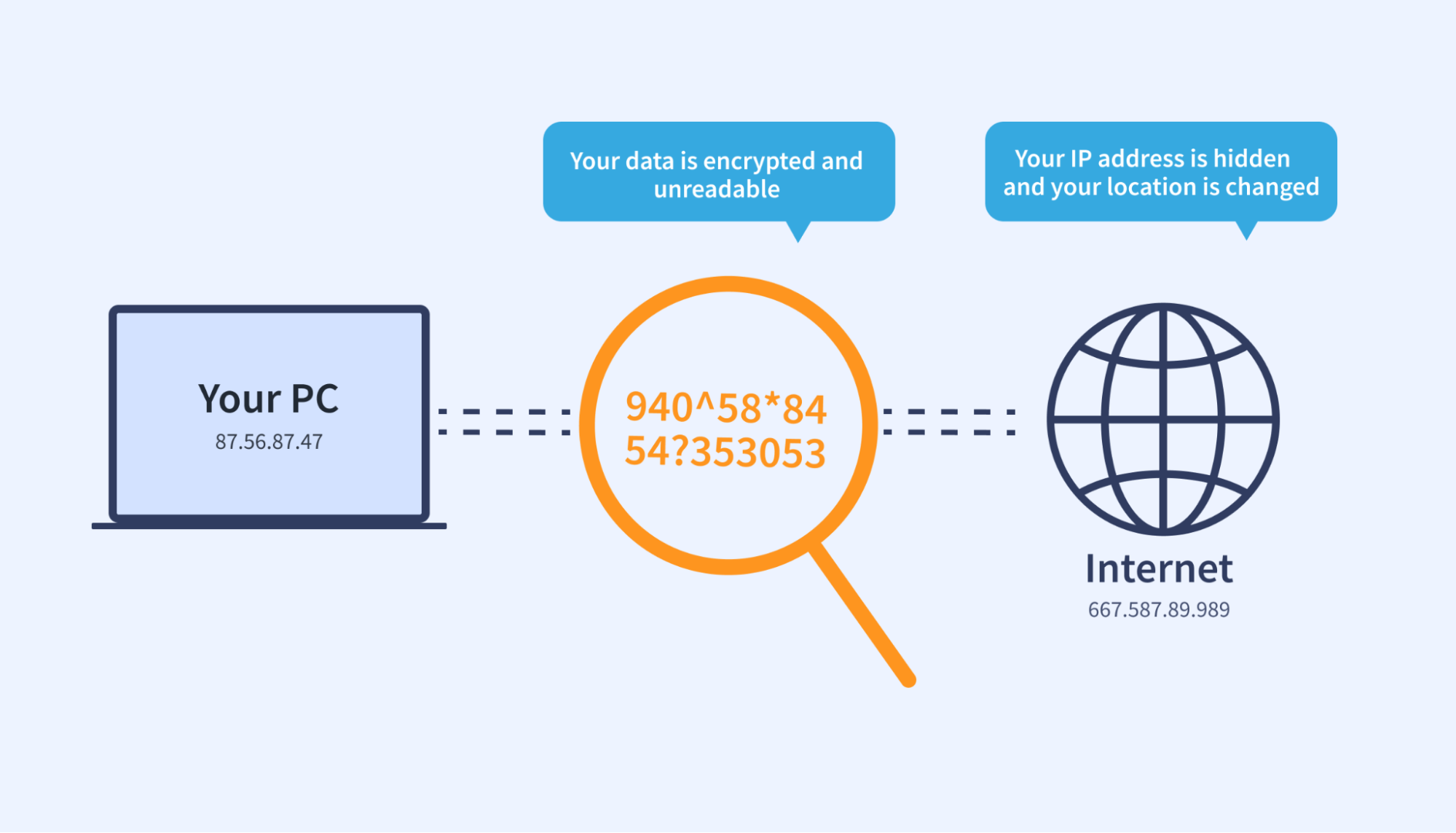 For most people, their phone is their everything. They use it for personal communication, work, and play.

Your phone holds a ton of sensitive data, including login credentials, pictures, passwords, documents, and messages. If this data were to fall into the wrong hands, there could be severe consequences.

When you connect to the internet via a competent mobile VPN, you can be confident that your data is safe.

Some security features that most leading VPN providers offer are:

Encryption is the process of altering your data so that it is only accessible to authorized personnel (you).

You should pick a VPN with AES-256 encryption. This is a military-grade encryption protocol that’s impossible to get past.

If you want to use a VPN for certain sites or apps but want to connect regularly to everything else, you can use Split Tunneling. This feature lets you pick which apps use an open connection and which will use the VPN.

Android phones have battery optimization features that can sometimes turn off your VPN. You don’t want your data to suddenly become vulnerable when you restart your VPN app or phone.

A kill switch will stop your internet connection every time your VPN connection drops.

Your ISP can store activity logs about your usage, including the websites you visit. Then, they can sell anonymized versions of your data for profit.

Activity logs can also be sent to government authorities on request or accessed by cybercriminals during a data breach.

This is why most top VPN providers use a strict no-logs policy. That means they never store user data, identifying information, or usage logs. So even if hackers access your VPN provider’s servers, they can’t get their hands on your data.

Those are just four of many features that a high-quality VPN like Surfshark offers. Other measures include private DNS and leak protection, Camouflage mode, IP masking, MultiHop connections, and secure protocols.

There has been an increased effort from certain governments to crack down on online freedom.

China is a prime example of this. Its government has banned countless apps and websites, even introducing legislative actions to regulate their domestic internet. These restrictions are known as the Great Firewall.

China has even banned most VPNs, with ExpressVPN being a rare provider that works in the Asian nation.

While other nations’ regulations might not be as extensive, there are still online limitations. Voice over Internet Protocol (VoIP) services like WhatsApp and Skype are even blocked in some countries.

Connecting through a mobile VPN lets users access any news platforms, social media channels, and websites they want. As a result, they can explore the internet freely and express themselves without fear of repercussions. 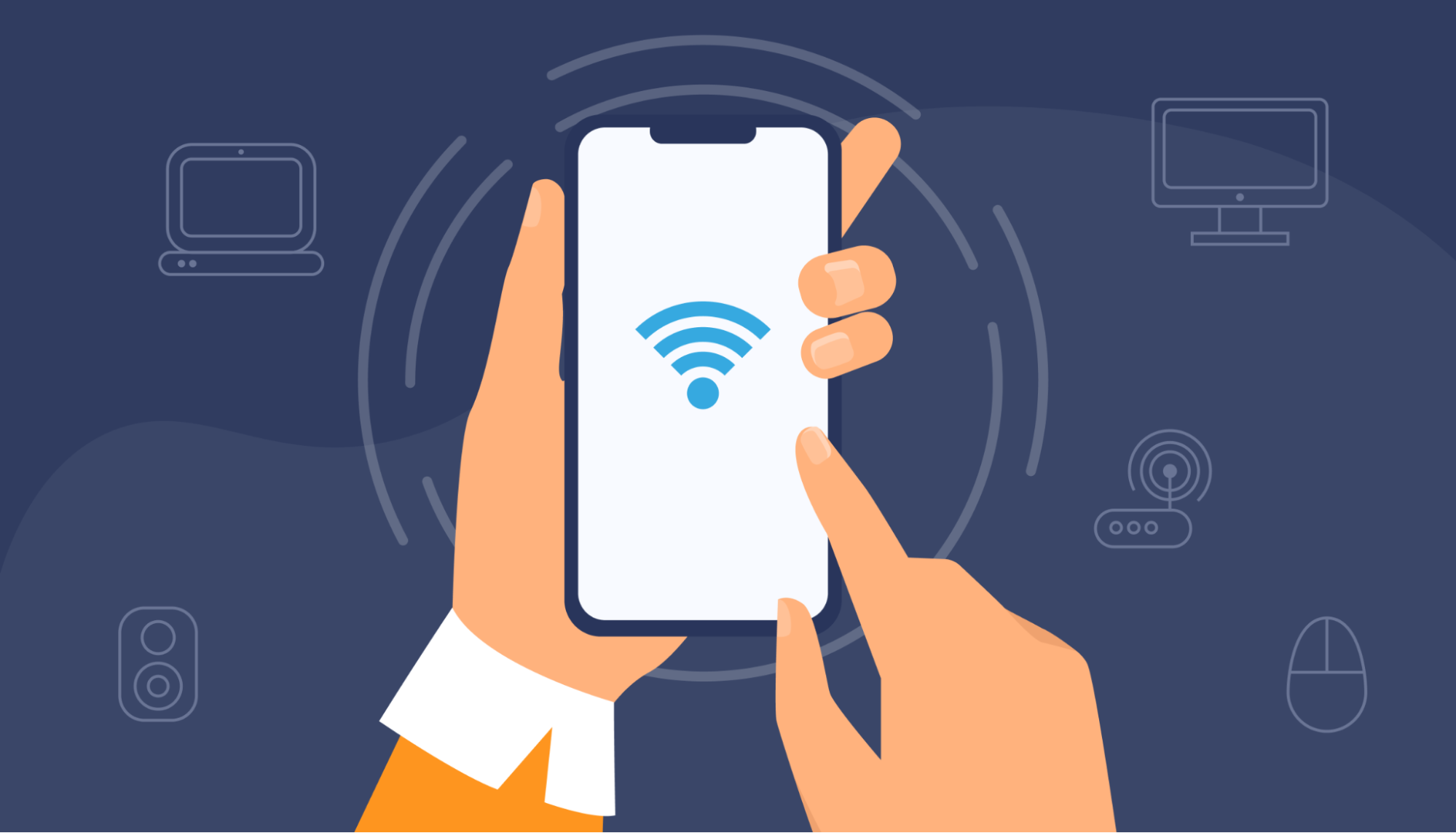 To work or watch videos wherever you are, people use Wi-Fi at cafes, public transport stations, and shopping centers. After all, it’s free Wi-Fi, right?!

In addition to this, many believe that public Wi-Fi is safe. Around 45% of working adults in the U.S. responded to a survey, saying that they trusted public Wi-Fi networks that they used regularly.

But this trust in the safety of public networks is misplaced.

Public networks ensure that anyone can sign in within a few minutes. To provide easy access, many Wi-Fi hotspots compromise on security features.

They can also hijack your connection, install malware, redirect you to untrustworthy sites, and log all your data and activity.

You need a mobile VPN to prevent this. As mentioned earlier, an Android VPN client with solid security measures can keep your data safe. Many VPNs also automatically block ads and malware.

As of June 2020, mobile games dominated the list of top-grossing Android apps worldwide.

Many Android users rely on their phones for gaming, with the Play Store hosting approximately 477,877 mobile gaming apps in 2021.

To boost your gaming experience, you can use VPNs to avoid servers with high ping rates and slow speeds.

If your game is lagging, it’s probably due to server overload in your region. With a mobile VPN, you can simply access the game through a different server to maintain stability.

Private Internet Access, for example, offers thousands of servers. With such a diverse network, it’s easy to avoid server overload. You can also access different regional events or servers by changing your server location on the VPN app.

Your ISP can track your online activity and even throttle your internet connection based on arbitrary factors.

Throttling is when your ISP purposely slows down your internet connection to regulate traffic and prevent bandwidth congestion.

Your ISP can reduce your connection speed based on what they think is an important website and what isn’t. Throttling can also be done based on your subscription plan, location, etc.

The problem is that your ISP cannot understand which websites or apps are vital to you. It has no way of knowing what you need for work or how you use your apps.

You can bypass bandwidth throttling with a mobile VPN app like Private Internet Access, which lets you mask your IP address to prevent your ISP from seeing what you’re doing.

Apart from throttling, ISPs are also required to comply with government restrictions, which means they can block websites and apps. VPNs can help you bypass these as well.

Peer-to-peer (P2P) sharing or torrenting is a common use case for mobile VPN providers.

Most governments, backed by local media industries and entertainment agencies, frown upon torrenting since it gives users free access to copyrighted content, apps, and games.

If you regularly torrent files, you should definitely get a mobile VPN that supports torrenting so you can share files easily.

Some VPN providers, like Cyberghost, even have specialized P2P-optimized servers that provide security and exceptional download and upload speeds. 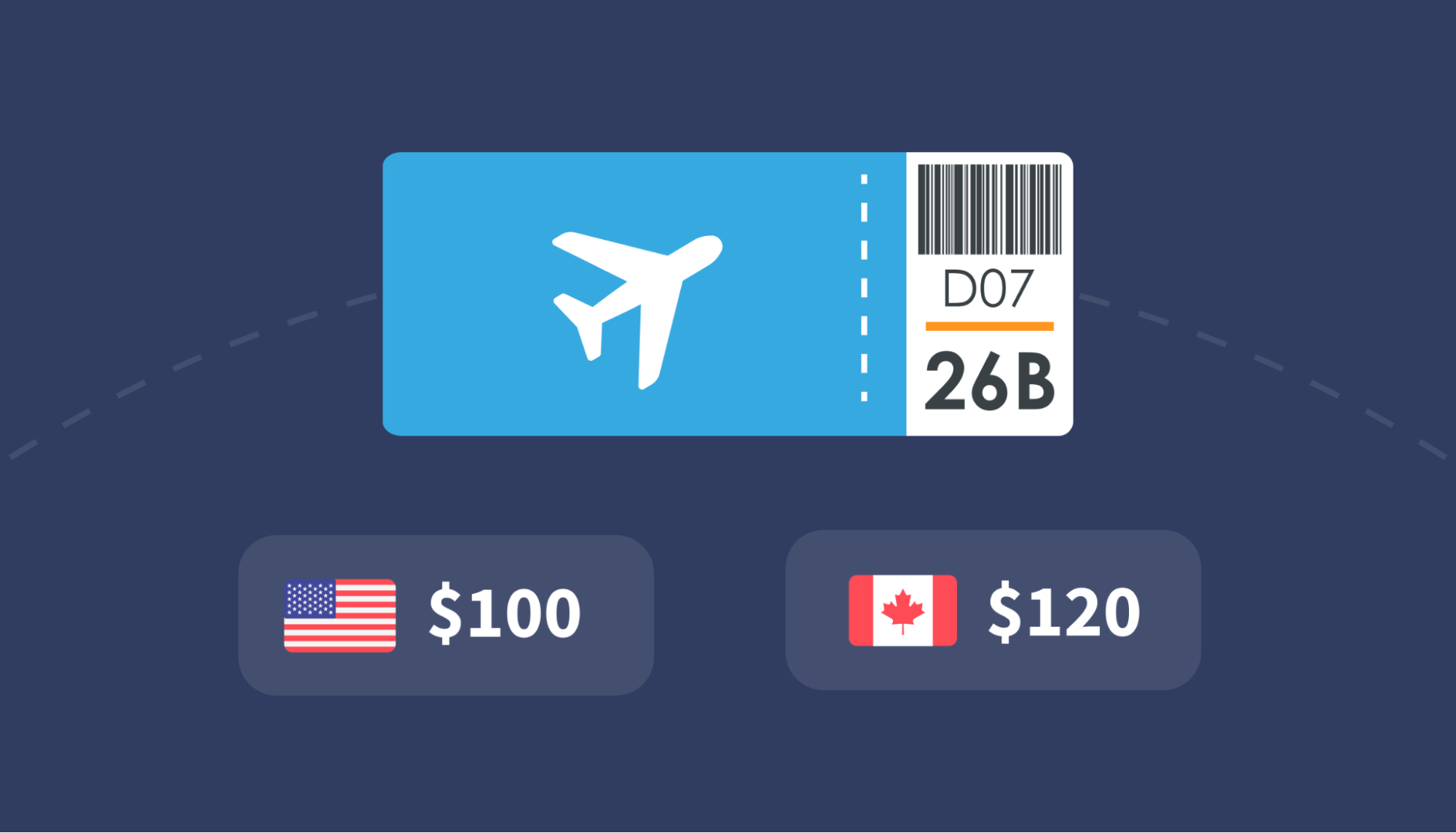 Many e-commerce companies across different industries use a dynamic pricing strategy. Under this strategy, the price of a product varies based on pre-defined factors such as location.

The hospitality industry commonly employs location-based dynamic pricing, with sites like booking.com and Airbnb offering higher or lower prices depending on where you are when you visit the site.

Increased rates could cost travelers hundreds, if not thousands, of dollars in hotel and flight costs.

There’s a high chance that an Airbnb in Korea charges higher rates for European visitors compared to locals.

Save money by using a mobile VPN and changing your server location to match your destination and get lower prices. 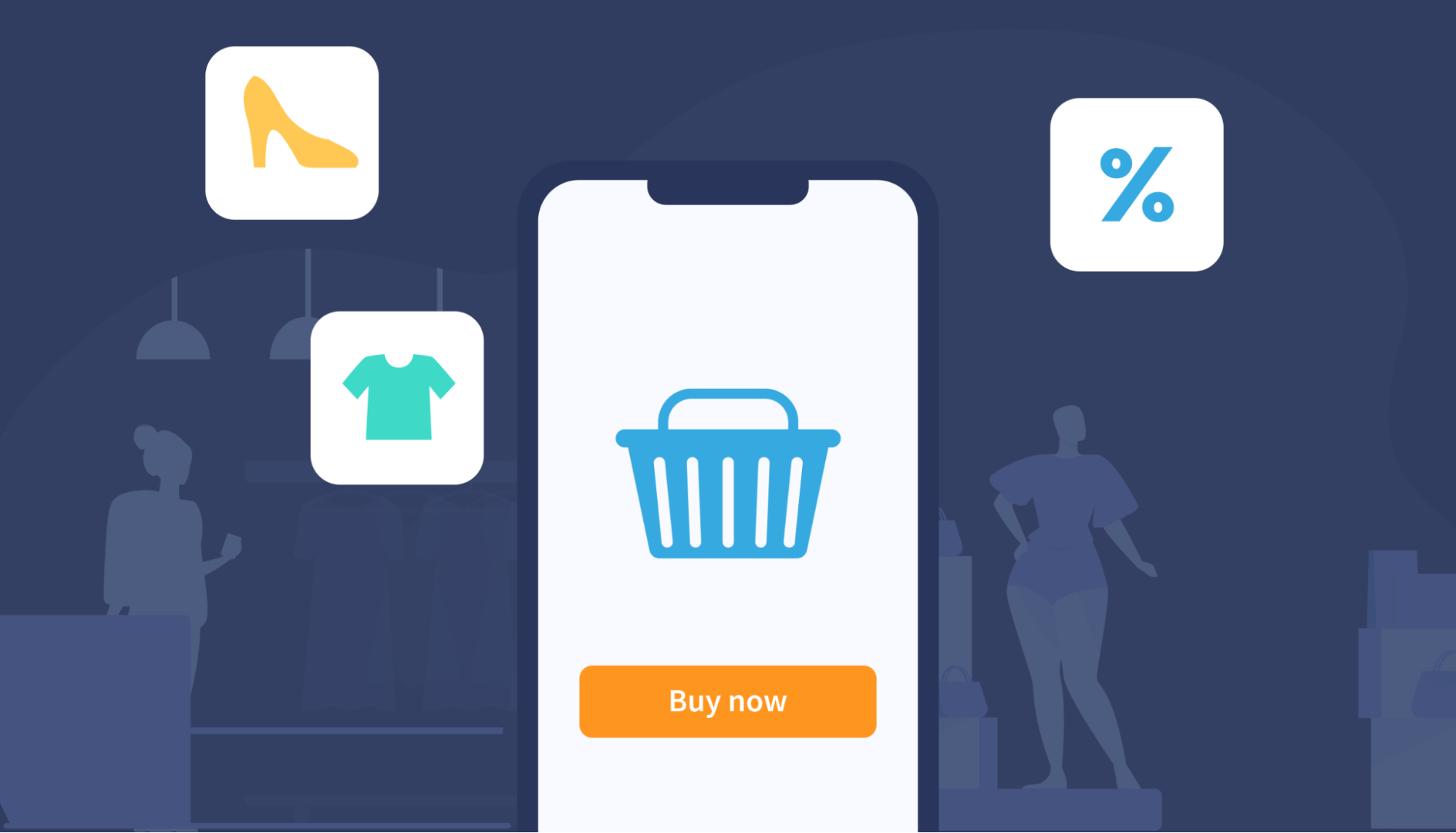 People use their phones to shop online. A whopping 55.4% of consumers worldwide had purchased something via a mobile device in the third quarter of 2020.

With a mobile VPN, you can effortlessly shop online at stores from around the world. This is especially important if you’re on a trip and want to order from your local stores.

Mobile VPNs are especially handy when you have niche interests and want to buy from smaller, international stores that might be blocked in your country.

How To Pick an Android VPN

Here are seven crucial features to look for in an Android VPN:

Once you understand the worth of an Android VPN, you can choose one of these 5 top VPN providers:

ExpressVPN is the ideal combination of money and pricing. It has an intuitive mobile app, 3,000+ servers, and strong security measures. The provider is also known for providing good connection speeds and their TrustedServer technology — a unique security feature.

Read our ExpressVPN review to learn why so many users love the provider.

Find out more about this client in our NordVPN review.

Surfshark is known for offering all the essential mobile VPN features for a great price. You can also connect unlimited devices to one Surfshark account, while most other providers limit you to between five and seven devices. Despite its lower pricing, Surfshark is an excellent VPN choice that guarantees top-notch security and privacy.

Our Surfshark review explores whether the provider lives up to its great reputation.

Private Internet Access is an industry veteran that protects your IP and gives you access to thousands of servers across 84+ countries. PIA also has a great mobile app. You can be certain that this provider has all the best features to secure your data, from a no-logs policy to split tunneling and a dedicated IP.

Learn more about this client in our Private Internet Access review.

Read our CyberGhost review to understand why it’s a fantastic choice.

A VPN can unlock your Android phone’s true potential via unrestricted communication, browsing, torrenting, and gaming. There are hundreds of VPN apps on the Play Store, and we hope the detailed reviews at VPNGuru can help you pick the right one.