10 Things You Can Do With a VPN

VPNs are slowly becoming more commonplace, with the market expected to reach a whopping $75.59 billion by 2027.

Despite its growing popularity, many internet users barely have a basic understanding of what a VPN is, with many unsure of exactly what a VPN does and why it’s needed.

A VPN can be used for many reasons, from cybersecurity to online privacy and unlocking geo-restricted content.

In this article, we’ve explained what a VPN is, how it works, and 10 use cases relevant for beginners and advanced users. 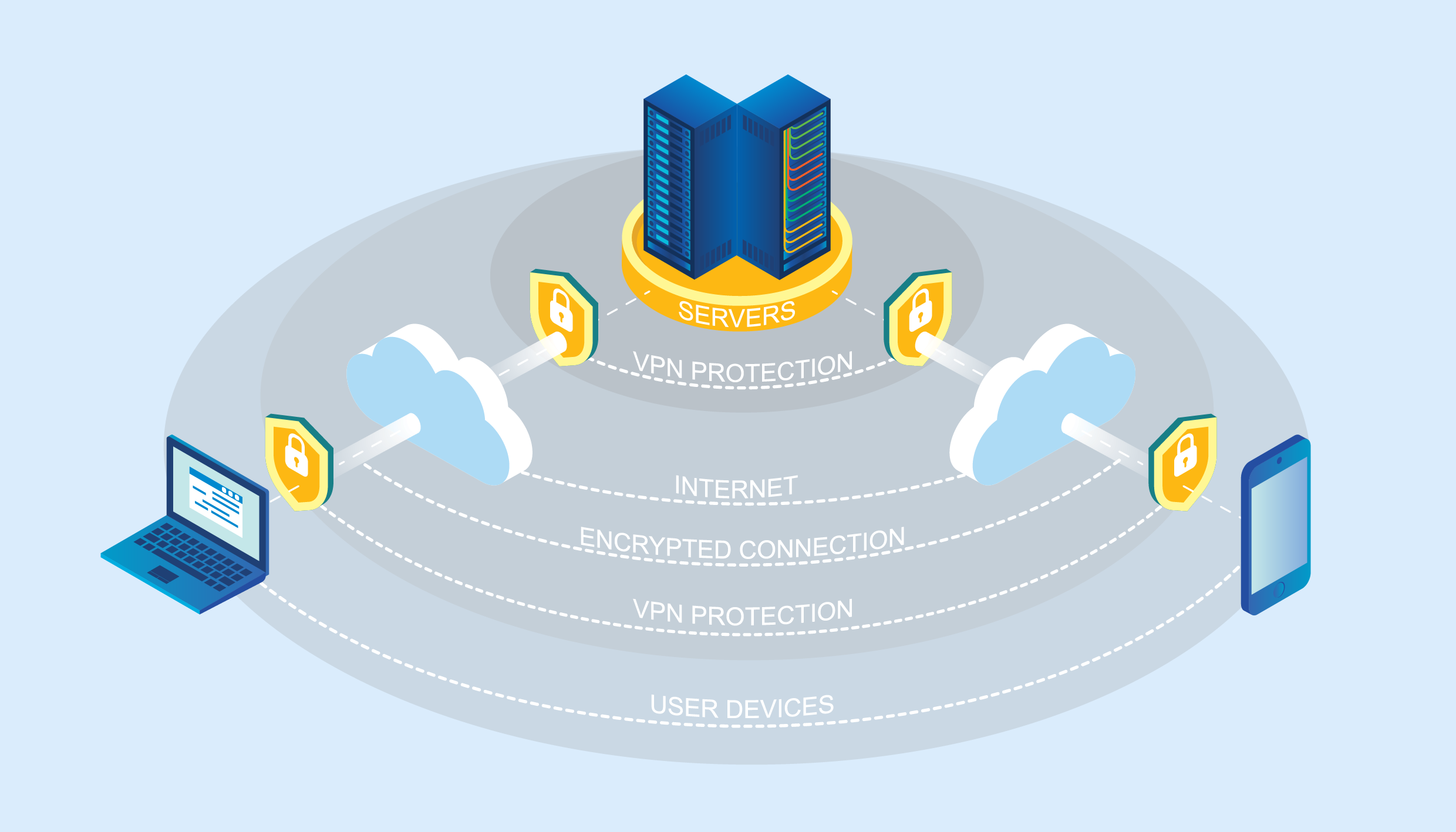 When you connect to the internet, you do so via your IP address. Your internet service provider (ISP) can track your browsing activity through your IP address. For example, an ISP can track what sites you visit, where and what you stream, etc.

You can use a Virtual Private Network (VPN) to avoid ISP tracking and government restrictions. A VPN service provider can also protect your information from cybercriminals.

But, how does it work?

When you connect to a VPN server, it creates an encrypted tunnel for all your internet traffic to pass through. You also get an alternative IP address that your ISP cannot access.

VPN clients establish a connection through a VPN protocol — a set of rules and instructions that dictate how the connection works.

There are six popular protocols:

OpenVPN is arguably the most used protocol, but leading VPN providers, such as ExpressVPN and Surfshark, let you choose between four or more.

10 things you can do with a VPN

A VPN serves many functions. We’ve compiled the 10 most common use cases for a VPN provider below. 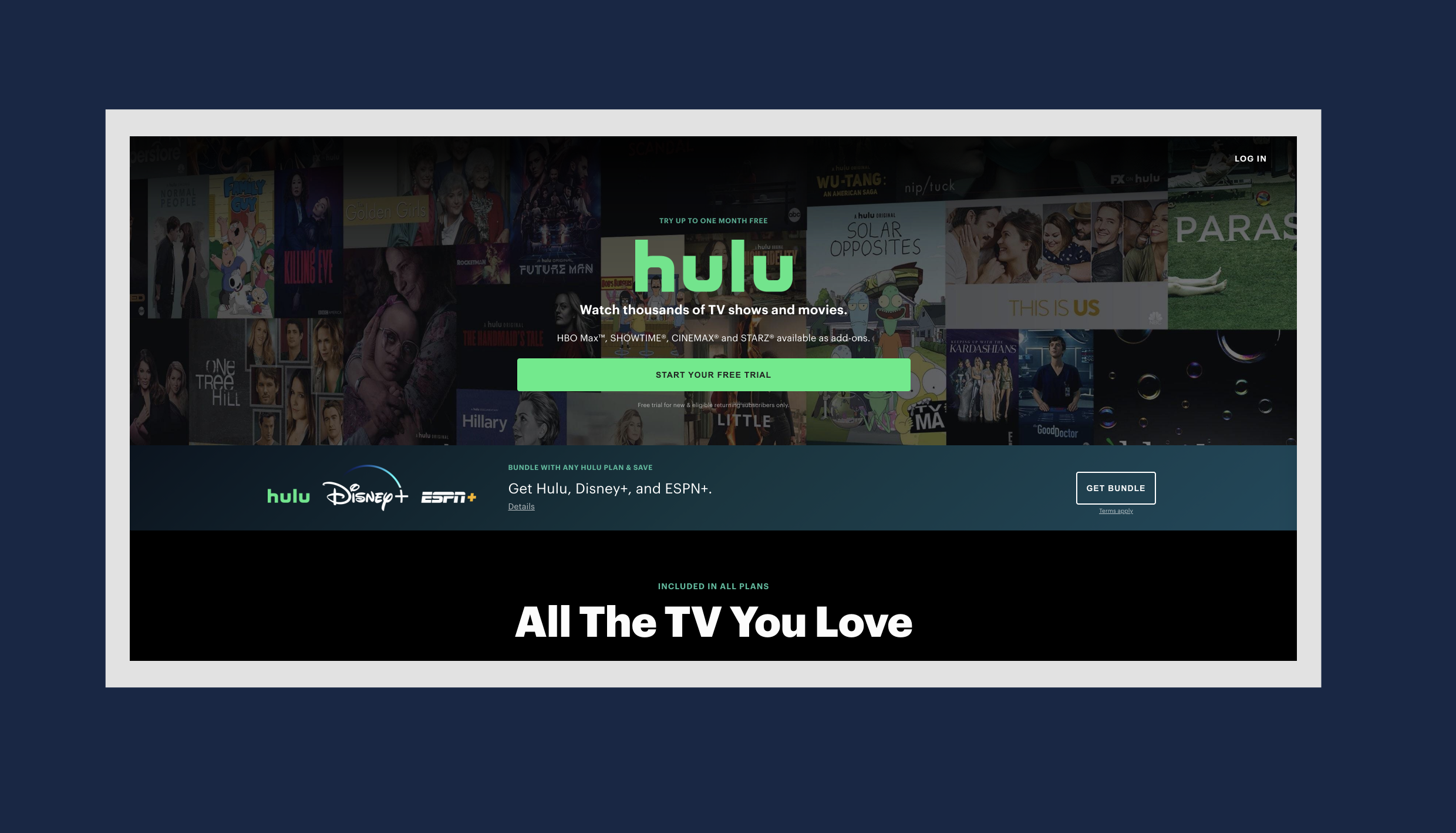 Netflix, Amazon Prime, Hulu, and most other streaming sites have geo-restricted content that you can only watch in certain countries. For example, Twin Peaks and The Blair Witch Project are only available in the U.S. Netflix library.

By using a VPN, you can access regional shows and movies from anywhere in the world.

Don’t want to miss an episode of your favorite show when traveling? You can use a VPN app on your laptop or mobile device to access your show and never miss an episode, regardless of location.

Many streaming platforms actively try to stop VPNs from gaining remote access to geo-blocked content, but many top-notch services can bypass this.

ExpressVPN, NordVPN, Private Internet Access, and Surfshark are just some providers that allow for unrestricted streaming. It might be harder to unblock content using a free VPN.

As mentioned in the previous section, your ISP can track what you’re doing online.

In some countries, they can also sell your data to third parties for profit. Typically, your data is anonymized, meaning they remove identifying information, such as your real IP address, name, and exact location, before being sold.

Your ISP can also hand over your information to government authorities on request.

When you use a VPN client, your connection is encrypted. As a result, your ISP cannot track what you’re doing online or maintain activity logs.

Most market leaders in the VPN industry take privacy to the next level with a strict no-logs policy. That is when the provider saves no information about your VPN usage. This way, even if your ISP or authorities request logs, there’s no record of it. 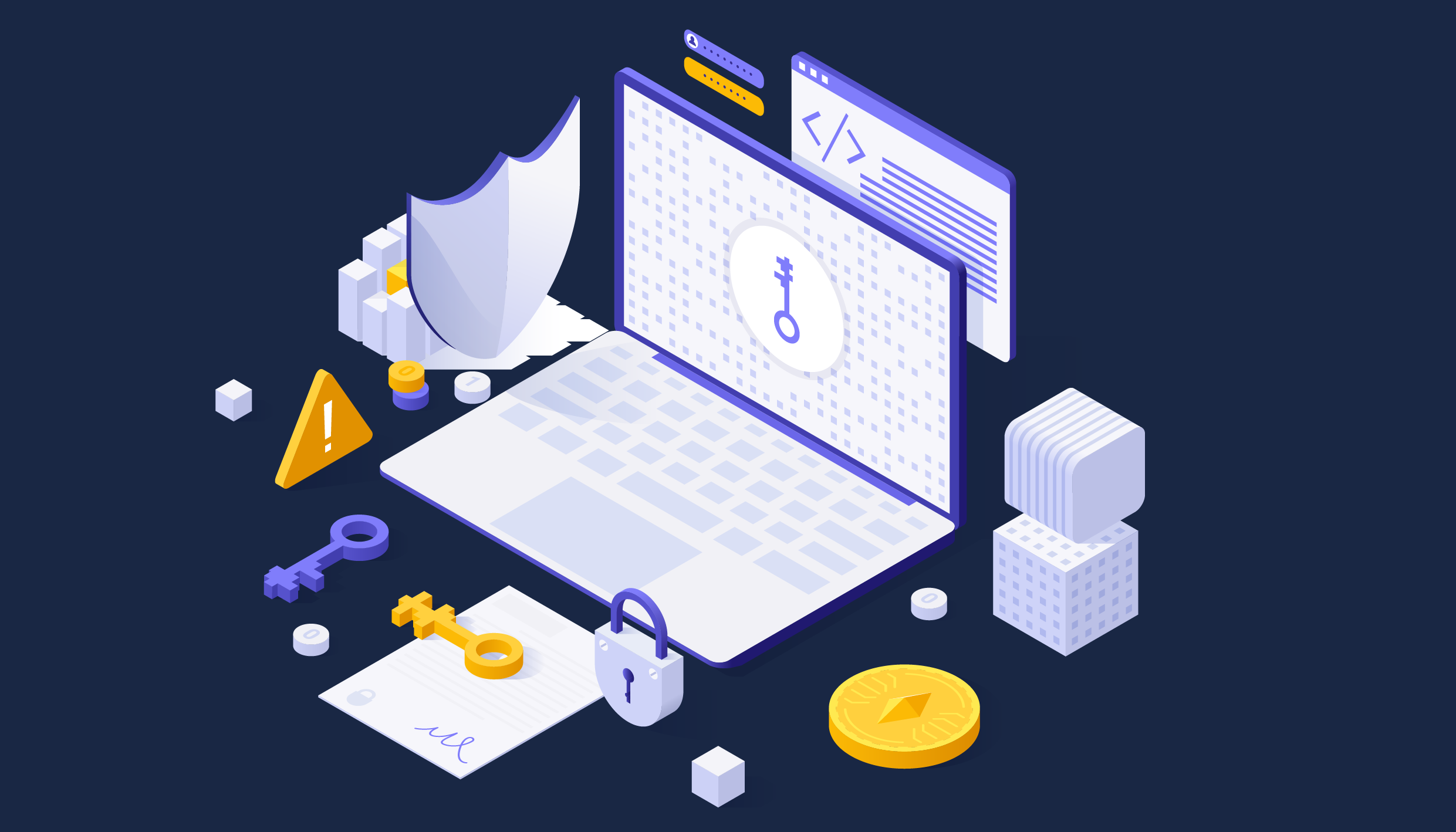 Apart from your ISP and government authorities, cybercriminals are a significant threat.

Cybercriminals can access sensitive information and install malware via data breaches. Typically, a good VPN has a long list of features that secure your data.

Encryption is one of these security features. Using encryption, a VPN provider turns your information into a secret code that is only accessible to authorized personnel.

These days, most secure VPN providers employ AES-256 encryption. This is military-grade encryption that is virtually impossible to break.

A kill switch is another valuable security feature. When enabled, a kill switch disconnects you from the internet every time your VPN connection is disrupted.

So, if your Wi-Fi resets or there’s a power outage for a few minutes, your VPN prevents snooping eyes from accessing your information in the short time it takes to re-establish a VPN connection.

Encryption and a kill switch are just the tip of the iceberg when it comes to VPN security. Some clients go a step further. ExpressVPN, for example, uses TrustedServer technology to ensure user data is always RAM-only. That means user data is never retained on its servers.

Peer-to-Peer sharing, more commonly known as torrenting, is one of the primary reasons people use a VPN.

Torrenting might be free, but there’s no guarantee of security when you visit torrent sites. Moreover, government authorities frown on P2P sharing and actively block access to popular torrenting sites.

With a VPN, you can ensure that your torrent files and the sites they are hosted on are safe. An encrypted connection on a VPN can also automatically block malware and ads.

You can bypass government restrictions on torrent sites with a VPN as well.

Nothing ruins a good gaming session like high ping rates, which leads to lagging and an overall poor gaming experience.

Even if you try to change your server, games can stop you via region-based access controls. So, you’re stuck with a poor connection that sometimes works but underperforms more often than not.

When you use a VPN, you gain access to a dynamic server network to solve both of these issues. A large server network lets you switch from a slow-speed server to an adequate one seamlessly.

CyberGhost, NordVPN, and ExpressVPN are all examples of services that offer dedicated gaming-optimized servers with quick connection speeds.

VPNs also allow you to unlock region-locked game stores, like the PlayStation Store, so you can buy and play games that might not be available in your country.

Public Wi-Fi is meant to be easily accessible, so many of these connections are unencrypted and have minimal security measures.

When you use an unsecured connection, cybercriminals can gain access to sensitive data, including:

Any other data you consider sensitive could also be compromised on a public network. Hackers can snoop on your internet activity and install malware or hijack your connection.

A secure VPN connection solves these problems by encrypting your online activity on private and public networks. Hackers might be able to see that you’re connected to the internet, but they can’t see any of your data.

Another major issue with ISPs is bandwidth throttling, where they deliberately slow down your internet connection for reasons like your subscription plan, location, etc.

In theory, this doesn’t sound too bad, but the criteria for throttling are very subjective in practice.

Your ISP can deem any website you’re using as “low priority” and throttle it, regardless of how important it is to you.

While your internet speed still depends on your connection, you can bypass throttling by using different servers on your VPN. If your ISP can’t see what you’re doing, they can’t throttle it. 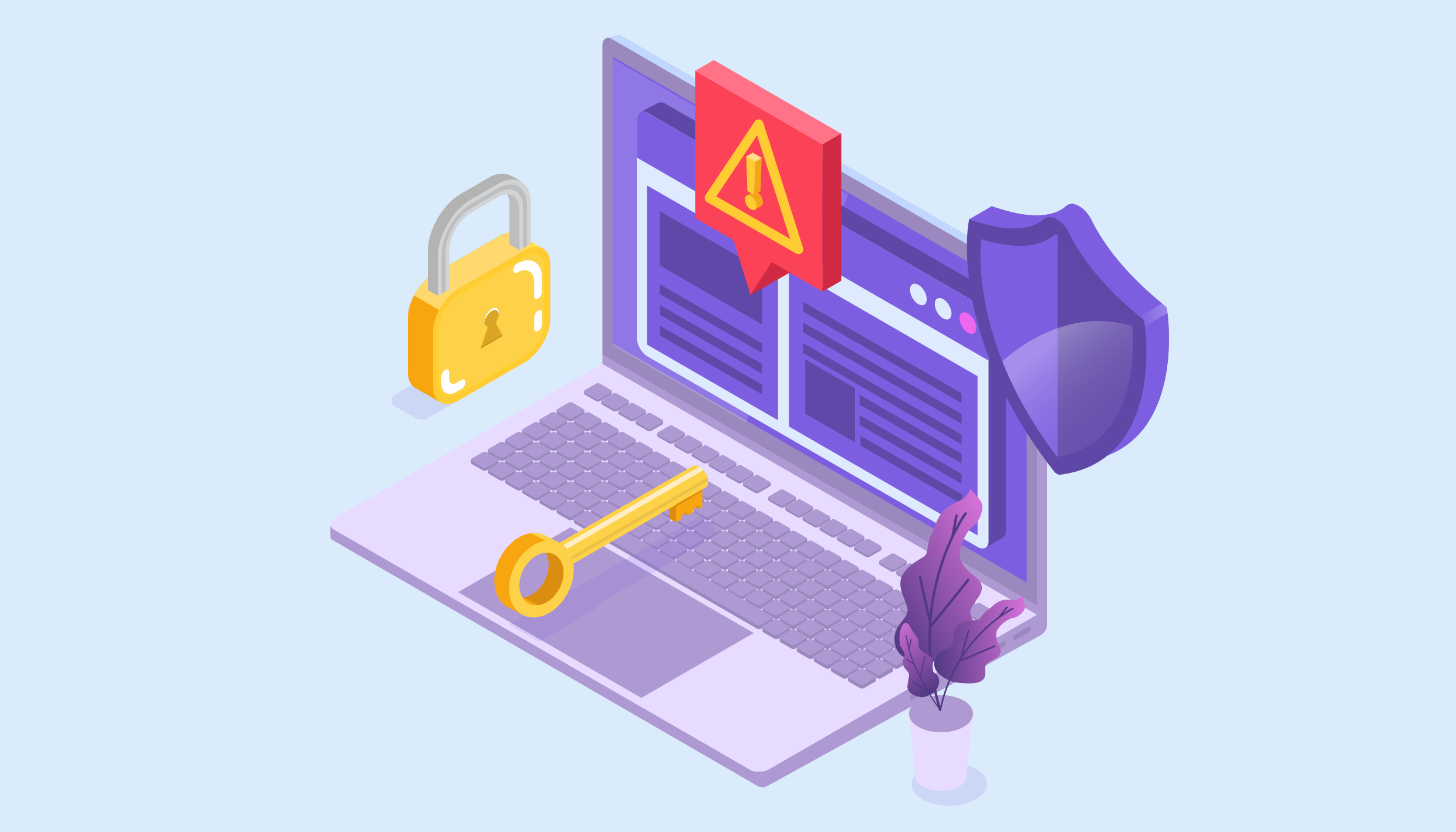 Censorship is a major issue in many countries, with governments restricting websites and apps deemed unsuitable for whatever reason.

The Great Firewall of China is a prime example of this. In China, users can only visit sites and download apps that the government approves. There’s a widespread ban on mainstream social media platforms, news channels, websites, games, and more.

While China is an extreme case, many other governments have a growing list of internet restrictions. Your ISP must comply with them.

You can bypass restrictions and access “banned” apps and websites with a VPN to speak your mind and unlock the content you want freely.

ExpressVPN is known to work well in restrictive countries and is one of the rare VPN providers that work in China. So, a user in China can access mainstream social media sites, informational archives, and more without hindrance.

Ads are annoying. You’re peacefully browsing and then BAM!, an ad for a product or service you don’t care about.

Ads aren’t just annoying. They can also be dangerous. For example, third-party ad domains can install trackers on your device.

Accidentally clicking on an unknown ad could lead to untrusted domains that then infiltrate your system via malware.

VPNs have security features that help with this. NordVPN’s CyberSec feature is a great example.

CyberSec has an extensive database of blacklisted sites known to be phishing scams and other cyber threats. The VPN provider automatically blocks access to these sites. You can also use this feature to skip flashy ads.

It’s important to note that VPNs can prevent only some malware. It is recommended that users have antivirus software installed to detect and stop advanced threats. 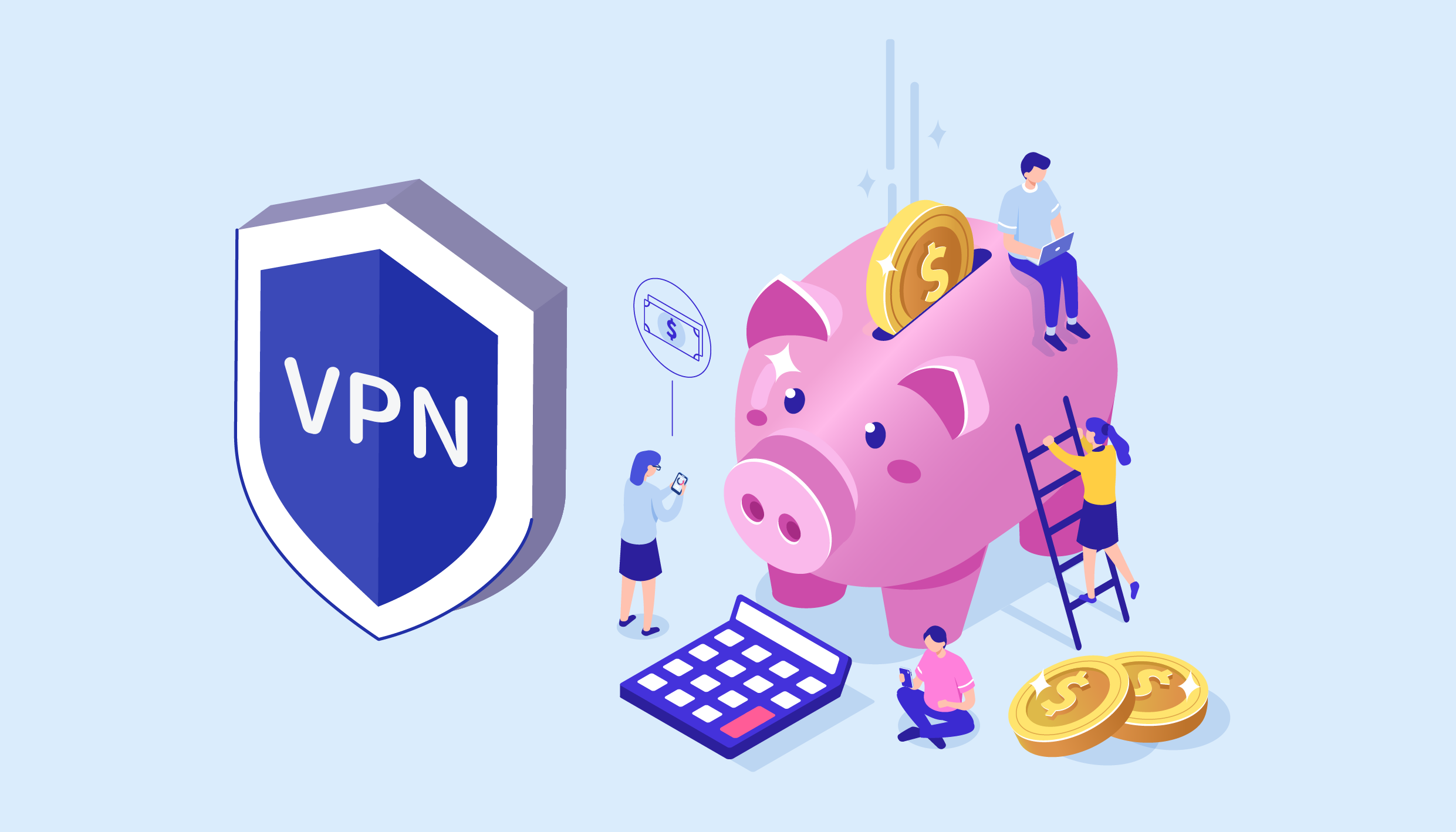 Businesses these days use dynamic pricing for products and services, where prices vary based on many factors, including your region, search history, etc.

A drawback of this strategy is that users could pay more when booking a flight or shopping online based on their location.

For example, a hotel in India might offer cheaper rates for local users compared to international travelers. Travelers can save money by using a VPN and choosing an Indian server location to get reduced prices.

Now that you know how a VPN can help improve your daily online life, let’s take a look at the five best VPN providers:

ExpressVPN has been topping “Best VPN” lists for the last three years. It’s arguably the most popular choice for most users. This isn’t surprising considering its never-ending feature list that combines efficient security measures with protocols and server networks that provide lightning speeds.

Some of its key features are:

While some of these features are standard, ExpressVPN outperforms its peers. You can learn why it’s so loved by reading our ExpressVPN review.

Surfshark offers all of the essential security and privacy features you’d want in a VPN, but it stands out because you can connect unlimited devices using one subscription. Surfshark allows you to choose between 3,000+ servers and access features like obfuscated RAM-only servers, no-logs policy, and AES-256 encryption, all for a very affordable price.

See why the provider is so popular by reading our extensive Surfshark review.

Private Internet Access is a well-known VPN provider that’s been around slightly longer than the rest. The open-source client doesn’t store user logs, has advanced encryption options, cryptocurrency payments for added anonymity, and the largest server network we’ve seen with over 32,000 servers in 84+ countries.

Our PIA review explains why 15 million people use this provider.

NordVPN has consistently been one of the fastest VPNs in recent years. It provides blazing fast speeds, so users get uninterrupted streaming, gaming, torrenting, and browsing. Apart from speed, NordVPN also provides high-level security features like CyberSec, which blocks ads and malware.

Check out our NordVPN review to see if this is the right provider for you.

CyberGhost isn’t as famous as the other VPNs on this list, but it’s well worth a try in 2023. The provider offers every relevant VPN feature and even has streaming, gaming, and P2P-optimized servers. It boasts 7,300 servers and lets you connect seven devices simultaneously.

Read our CyberGhost review to understand why this provider is worth a shot.

VPNs aren’t the ultimate solution for every internet usage-related problem, but they come pretty close. They keep your information safe, provide you with secure access to your favorite TV shows, and can even elevate your gaming experience.

There are hundreds of VPN providers to choose from, and you can read all about them on our VPN review page.

10 Things You Can Do With a VPN